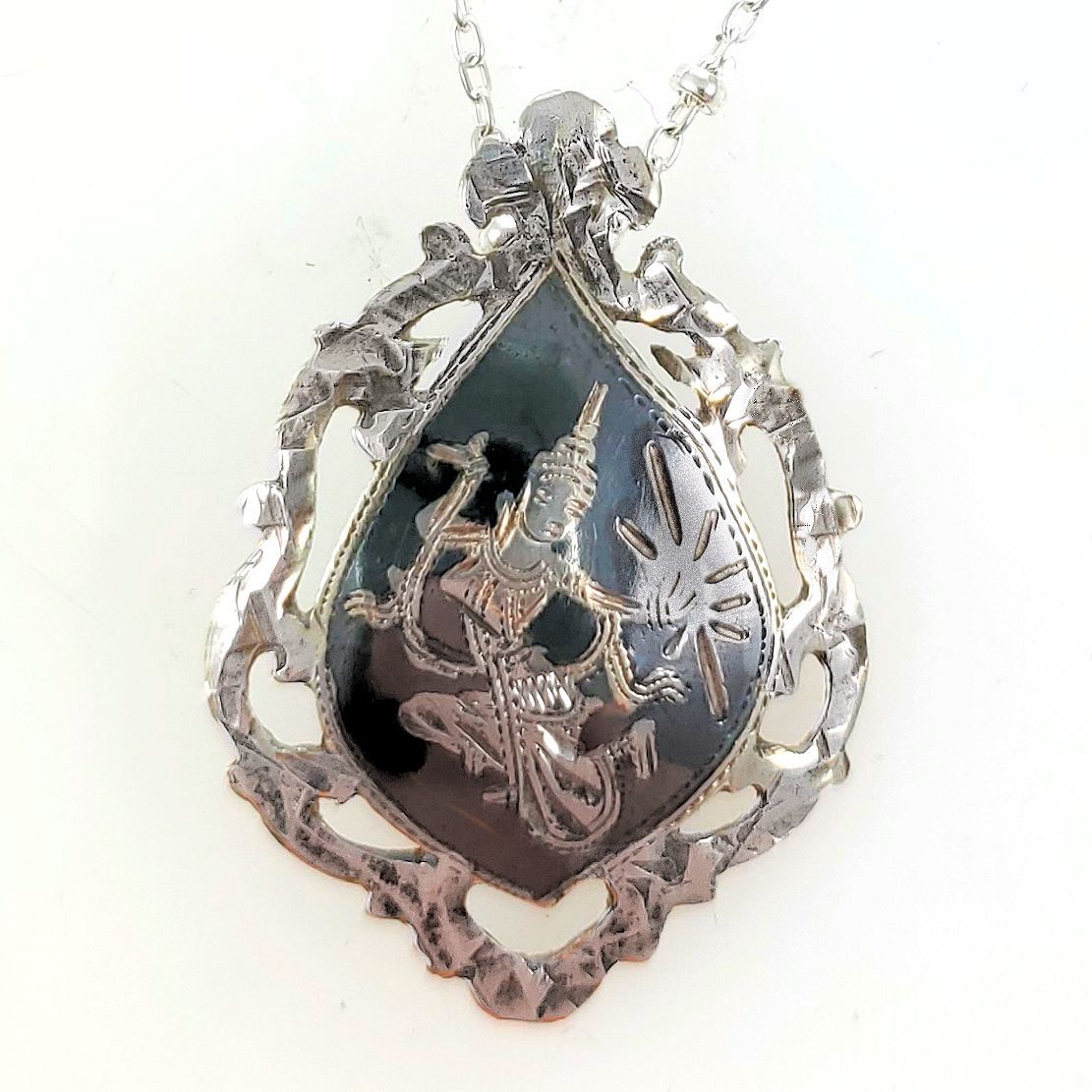 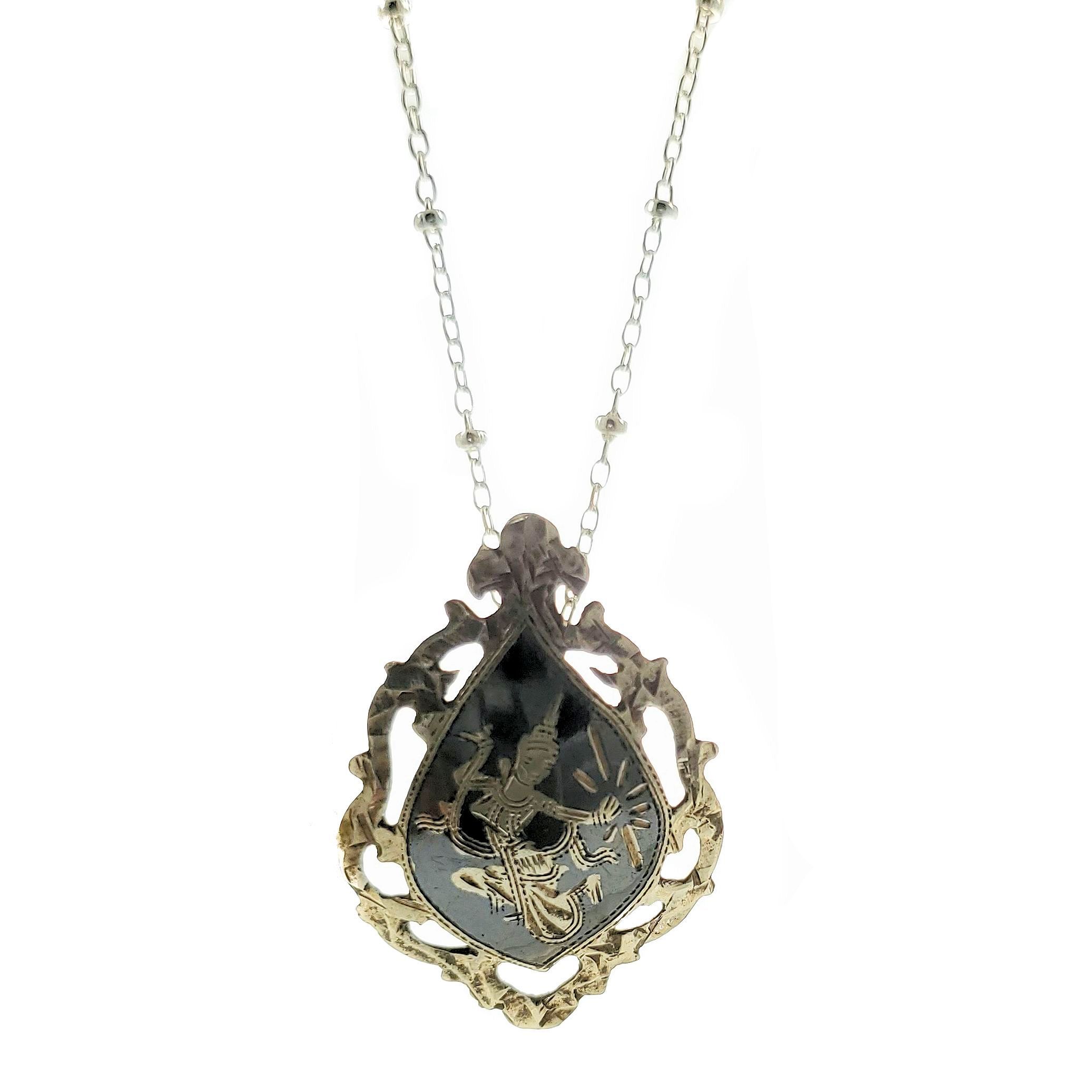 Description: A mid 1900's sterling silver Neillo Goddess pendant. The hand engraved subject is of Mekkalah Goddess of Lightening. Originally this was a screw back earring that the backing was removed and the existing wire was converted into a bail. Suspended on a vintage 18" fine cable link with bead chain.

Siam silver is also known as “Nielloware.” Niello is a silvery black mixture of copper, silver, and lead, used as an inlay. American soldiers who visited Thailand in the mid-20th century brought this jewelry home, making it a popular from the 1940s to the 1960s trend. Much of the filigree was etched by hand by Thai artisans.

Measurements: Measures 1" including bail by 7/8" wide suspended on an 18" long chain.